The intervention, Braingame Brian, is a computerized training of three Executive Functions (EFs): visuo spatial working memory, inhibition and cognitive flexibility, embedded in an extensive, game-like-world. Braingame Brian, named after the main character, “Brian”, consists of 25 training sessions of about 40-50 minutes. Each session contains two blocks (of about 15 minutes each) of the three training tasks of working memory, inhibition, and cognitive flexibility in a fixed order. The first training task is a working memory training task, the second an inhibition training task, and the third a cognitive flexibility task. During each session the three training tasks are performed twice, which results in a total training time of 30 miniutes per session. Over a period of 5 weeks, the child trains and plays the total of 25 sessions. Each day of training, the child does not play more than one session of 40 minutes (30 min. training and 10-20 min. walking around in the world). After each block of training tasks, the difficulty level of the training task is automatically adjusted to the child’s level of performance. To enhance the child’s motivation, each completed block of training tasks results in an elaboration of the game-world or extra powers for Brian, with whom the child plays the game. Before, after, and in between training tasks the child can walk around in the world. The game-world gets more and more elaborate from the first to the last session, and every completed block results in extra powers for Brian. With these extra powers Brian can create inventions to help people in his village, which makes them happier. Thus, completing sessions not only results in a more elaborate game world and more powers for Brian, but also in happier people in the village. 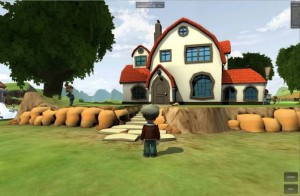 The game world has the feeling of a 3D-world and contains 7 different worlds such as the area around the house of Brian’s parents, the village, the uninhabited island, the swamp, the backlands, and the subterranean laboratory. All characters in these worlds have a problem. Brian is going to help solve these problems by doing training tasks and inventing all kinds of machines. Walking around in the world and seeing the inventions are the child’s reinforcement for initiating and completing the training tasks.

The music and sound effects make the world come to life and add support when performing  the EF-tasks. Instructions are given in single words, making it possible for children with reading complications to train without extra help. The game elements consist of a storyline, identifying with the main character, animation clips, a clear goal, the possibility to freely walk the main character through the world and more.

An additional external reinforcement system – receiving points for completing sessions – is used to even further raise the child’s motivations to do the training. This way, Braingame Brian addresses both the assumed underlying EF- and motivational deficits in children with ADHD.

Data from each training session are sent to an on-line data-base.

The child does the training at home.

The game world is where the training starts. We see surroundings of the house which Brian, a boy who is an inventor, has just moved into. He meets his father, mother, brother and many new characters in his journeys. They all need his help to solve their problems. For these problems, Brian comes up with ingenious solutions, ranging from a flying saucer to a walking greenhouse, which will become visible in the world as he completes his training tasks. Riding around on his monocycle, Brian makes more and more new friends and becomes better in his training tasks. He finds himself in locations including a swamp, on an island and an underground lab and he eventually defeats his enemy, who envies Brian’s many successes. For an impression of the game world and the training tasks, you can watch the demo clip (17 mb).

Executive functions are cognitive functions which help with holding and focussing attention and with the planning, organizing, directing and controlling of behavior. We need them in about everything we do, to act thoughtfully. Several executive functions are known to be less developed in children diagnosed with ADHD or related conditions. Only recently, studies have shown that these functions can be trained. In children with ADHD working memory (required to memorize the information needed to complete a task), inhibition (controlling behavior and resisting temptations) and cognitive flexibility (adapting to changes in the situation or task) are especially underdeveloped. Therefore, in Braingame Brian the focus lies on training these functions. 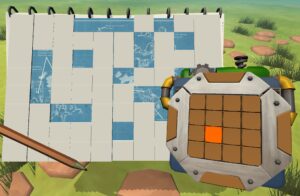 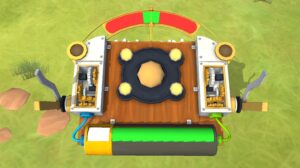 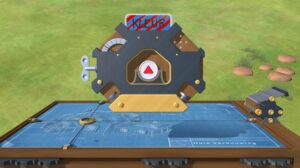 After each session the achieved results are stored in a central database. These results are then used to set the difficulty for each task in the next session to adapt the training to the needs of every individual child. The training therefore requires an active internet connection.

In its current form, the training is mainly targeted at children between nine to twelve years old, diagnosed with ADHD. Though more difficult, children aged eight years old may be able to complete the training. For someone at age thirteen, the game world may be not rewarding enough given the effort needed to complete the tasks.

For the training to be effective, it is absolutely necessary for the computer to meet minimal technical requirements. Only then can the game world be optimally explored and be rewarding enough for the training effort (see Technical Test, below).

In recent years, the focus in the diagnosis of children with psychiatric disorders has shifted from he classification of behavioral characteristics (DSM-5) to mapping the underlying mental processes.
For example, in children with ADHD-characteristics underlying cognitive processes such as the cognitive control of impulses, working memory and attention processes are now being considered. Treatments which focus on these processes require different methods than treatments focussed on the symptomatic behaviors.
Within the field of neuropsychology a start has been made with research on the scientific base of cognitive training interventions. Klingberg et al. (2005) have shown a positive effect of working memory training. Of great clinical importance in this field of research is the visibility of this training effect in the behavior of children (diagnosed with ADHD). Klingberg’s group has made the step from scientific research to clinical practice with the release of the computerized treatment Cogmed (Klingberg et al., 2005). Braingame Brian adds to this development. Next to training working memory Braingame Brian is extended with the training of two other deficient executive functions which give children with ADHD difficulties.
These difficulties include problems with the regulation of emotions and behavior (response inhibition) and the ability to switch to a different pattern of thought and action when a situation requires so (cognitive flexibility). Another extension in Braingame Brian features the enhancement of motivation by adding game-elements to the training (Prins, Dovis, Ponsioen, ten Brink & van de Oord, 2011).
The Braingame Brian computerized training program with game-elements is developed for children aged eight to twelve, diagnosed with problems in executive functioning. These problems, especially in working memory, arise specifically in children with AD(H)D, but may also play a role in children with an autistic spectrum disorder or children with cognitive limitations.